Cambodia was a French protectorate for 90 years before it gained independence from France on November 9, 1953. Independence Day, which marks that event, is a national holiday. The principal celebrations are held in the capital city of Phnom Penh, beginning with a morning ceremony at Independence Monument on the crossroads of Norodom and Sihanouk Boulevards, usually with the King of Cambodia in attendance. Later in the day, there is a gala parade held in front of the Royal Palace in Phnom Penh, with colorful floats and marching bands. Shops are adorned with national flags. After dark, the Royal Palace and other important buildings and monuments are lit up. A large fireworks display is held near the riverbanks of the Royal Palace. 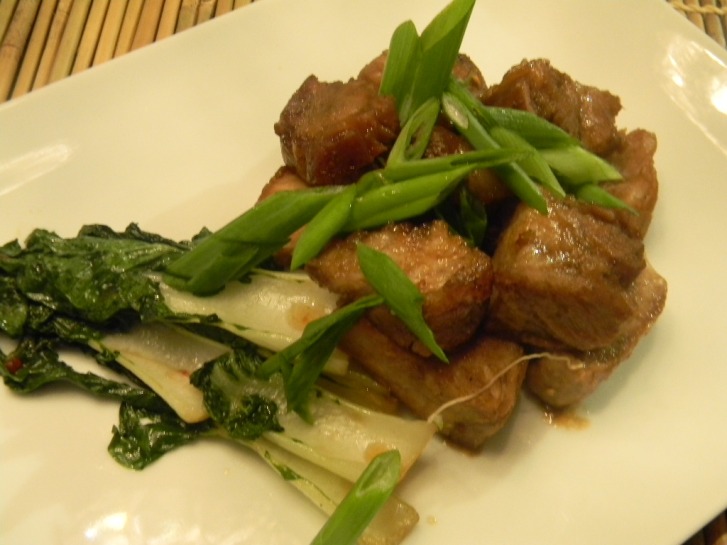 Brine the pork belly for 24 hours (much better flavor) then cut pork in 1 inch chunks then in a large zip lock bag add all the liquid ingredients and the sugar, shake a bit and then add the pork. Zip up the bag and put on a plate or a container.

In a large bowl mix coating mixture and add the pork, mix well. On a cookie sheet with parchment paper spread pork, bake in the oven for 1 hour at 300 then bake for 15 minutes at 375. When done let stand for 5 minutes and serve with bok choy or rice.